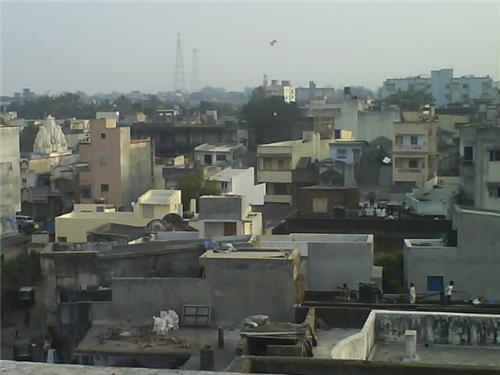 Valsad, located in the northern part of Valsad district in the state of Gujarat, is officially spread over an area of 4.54 sq km. The geographical coordinates of the town is 20.63° North latitude and 72.93° East longitude. However, due to rapid urbanization, the town now occupies a much larger area.

Valsad town has a flat topography, which slopes towards the west. The average elevation of the town is 13 meters (43 feet) above the sea level. The Arabian Sea lies to its West. 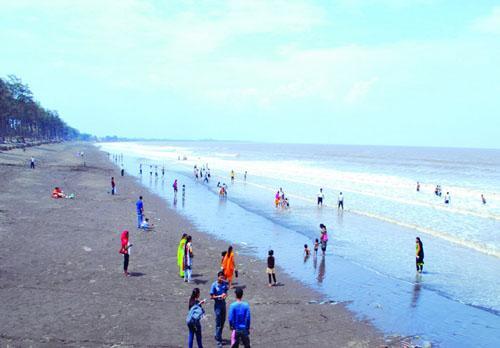 Valsad is located on the shore of the Arabian Sea. It is situated at a distance of 4 km from the center of the town. However, the effect of the land and sea breeze can be felt in every part of it.

In addition, Valsad has two west flowing rivers, Wanki and Auranga.  Among them, River Wanki flows right through the town; it then drains into the Arabian Sea. A dam has been built across this river at the coordinate of 20°34'58"N and 72°56'26"E, just outside Valsad city. It harnesses the excess water during the monsoon to be used in the drier months.

River Auranga flows through the north and north eastern boundary of Valsad. It is one of the major rivers of this region. It has been formed by joining of River Tan and River Man, both of which originates in the Sahyadri hills of Maharashtra.  After the confluence, the river runs for another 30 km before it drains into Arabian Sea.

Both these rivers are rain fed and have maximum water during the monsoon (from June to September). By January, the water level starts receding and in summer, there is very little water left in these rivers.

The Soil Condition of Valsad

The geological structure of this town is mainly formed by alluvium and blown sand. This type of soil is known as coastal alluvial soil. It is sandy clay loam in texture and offers medium fertility. However, a large part of Valsad taluka has deep to medium black soil. :Laterite soil is also found in some patches. 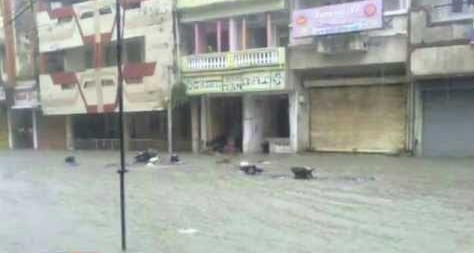 Because Valsad is located on the shore of the Arabian Sea, it enjoys a temperate type of climate throughout the year. The weather in this region is neither too hot nor too cold. The sea breeze blowing in during the day helps to keep the temperature down even during the middle of the summer. 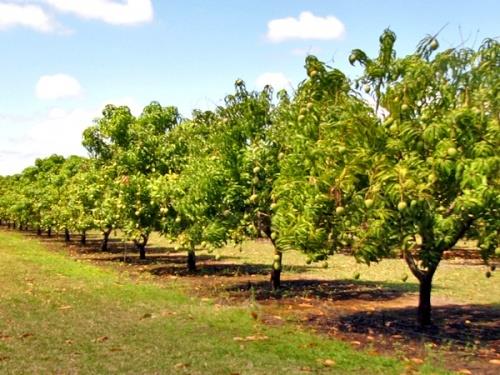 Because the land is fertile and there is good monsoon rain, the area in and around Valsad city witnesses adequate agricultural activity. Earlier, the whole region was covered with forest. In fact, the name Valsad has been derived from Vad, meaning banyan trees. Today however, the area is famous for its teak plantation. The region also grows good quality of mangoes. Aphonso mangoes, locally known as haafus, grown in villages around Valsad are famed all over the world for their tastes and flavors.